WATCHERS by Dean Koontz will be available for pre-order in September.

Adonais by H. G. Parry has shipped. H. G. Parry is a jewel in the crown of historical fiction. If you like to read Tim Powers and Harlan Ellison, you will love H. G. Parry. Tim Powers had this to say about her writing: "H. G. Parry writes wildly fantastic stories that you experience as if you were right there in them.” Charnel House is proud to present Parry's collected short fiction in two unique editions.

“ARTIFICIAL LIGHT” by Tim Powers was well received. The Hardcover edition is sold out. The wrapped edition in purple Charnel House Crackle Cave Paper is still available and there are a few remaining copies of the lettered edition bound in Starry Night Cave Paper, which come with an original acrylic painting by the author. The book was printed letterpress and bound by hand. This was a special project which will soon be out of print. Get a copy while you can. 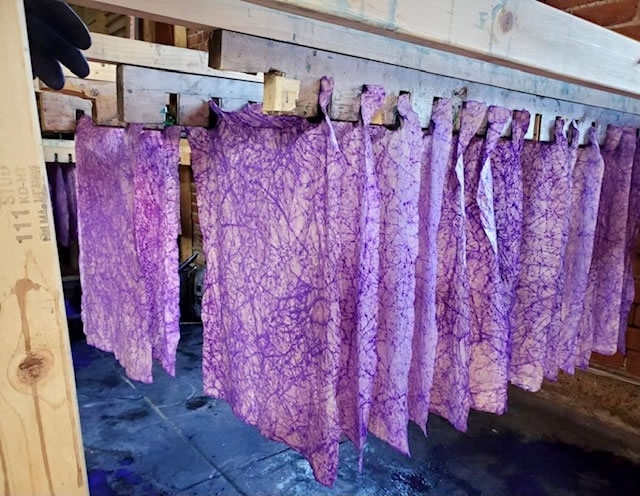 H. G. Parry's is coming to Charnel House. If you haven't read her debut novel, The Unlikely Escape of Uriah Heep, was an absolute knockout. I was so impressed by this new author from New Zealand that I ferreted out her short fiction to read. Each one was a home run. She is powerful, original, and hits as hard as Harlan Ellison and bends history as accurately skewed as Tim Powers. As her second novel, A Declaration of the Rights of Magicians, was getting ready for publication I proposed that we do a collection of her short fiction. And so, this fall will see the publication of these stories along with a new one which she is writing for this collection. It is my pleasure to introduce these stories to you in an edition worthy of this great new writer. I can’t stress enough that if you love Harlan Ellison and Tim Powers, you will love H. G. Parry. You will not be disappointed. As a matter of fact, I’m betting on it!

See what Fine Books & Collections has to say about ELLISON UNDER GLASS; READ ARTICLE. 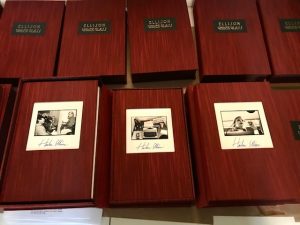 ELLISON UNDER GLASS:
THE LETTERED EDITION

ABOUT ELLISON UNDER GLASS: The stories in this collection were written in public. The lion’s share were written in bookstore windows—hence the title. One was written at a party, two at conventions, and one is a story he started at the Golden China restaurant and finished in the window of Change of Hobbit bookstore. Harlan wrote in public because he wanted people to see that writing was no joke—it was work. Often he would ask for what he called a “kick-start,” a line or a idea from the live audience that gathered in and outside the bookstores. He had no tricks up his sleeve, just a point to make and a story to write, and he would tape the pages on the window so the crowd outside could read each page as he wrote it.

This is the very first printing of these stories in their in-window versions—the words Harlan wrote while performing the writing live—which he later tinkered with before they went into separate collections. This is also the first time these stories are collected in the edition that Harlan envisioned and tried for years to have published.

Harlan told Charnel House that he wanted a picture of himself writing in a bookstore window inlaid in the front board and covered with glass. Photographer, Rod Searcey, was at The Booksmith in San Fransisco on May 14, 1994 where Robin Williams handed Harlan an envelope with his “kick start” for the story, which became “Keyboard”. Rod shot the day of writing and his pictures illustrate this book. We have picked out a shot of Harlan writing for the inlay on the 100 numbered copies, as well as 26 individual shots, a different one for each copy of the lettered edition, each to be printed as original silver gel prints and mounted above Harlan’s signature.

Congratulations go to Keith Reid for the honor of having written the most played song in the last 75 years. A Whiter Shade Of Pale by his band, Procol Harum came in at #1 in the UK. Charnel House has produced a signed lyric print of the song: A letterpress 9X13 archival print of the lyrics to Procol Harum's A Whiter Shade Of Pale in an edition of 100 prints signed by lyricist, Keith Reid.

Harlan Ellison has delivered an introduction for The Glass Teat & The Other Glass Teat Omnibus that is beyond description. It is titled, Welcome To The Gulag. An eight and a half minute CD accompanies each copy of both editions of the book. This one is huge. 12 inches tall, 8 inches wide, 2 inches thick, and handmade with materials created for this project. Printed on Mohawk Superfine Ultra White and Frankfurt White. The Glass Teat & The Other Glass Teat Omnibuscollects all of Harlan's columns on television and the media from the L.A. Free Press, 1969/70. 102 columns, with various introductions and afterwords. This material has been out of print for 28 years. Charnel House has put it all together in one signed limited edition bound in handmade cotton paper with random typed letters embedded throughout the sheet.

Tim Powers has the solitary honor of having his book, A Time To Cast Away Stones, placed in Lord Byron's library at his ancestral home of Newstead Abbey in Nottingham, England. Tim is the only modern writer who can say this. Charnel House has partnered with Newstead Abbey on their Adopt-A-Stone program to help raise money needed to restore the West Front which is pictured at the back of A Time To Cast Away Stones. We have gone back and made a place for ourselves in our favorite time in history.

THE NEW YORK TIMES DISCOVERS CHARNEL HOUSE --This article will appear in the Book Section of the Sunday New York Times for Dec, 29: http://www.nytimes.com/2013/12/29/books/review/inside-the-list.html?_r=0

Fine Books & Collections Magazine has done an article on Charnel House in issue 10.4 // Autumn 2012. You can now view the article online at the link: http://www.finebooksmagazine.com/issue/1004/charnel-house.phtml Here are some pictures of INNOCENCE from the bindery.